Municipal solid waste is a major source of pollution. How to efficiently process it is not only effect our environment and economy; more importantly, it will be an important part of recycling of resources in the 21st century. Disposal of waste in green way can save environmental pollution and recycle renewable energy. Waste recycling in green solution is the urgent and basic. Research and development of technology for changing waste to energy complies with the trend of the times. The technology of resource utilization of solid waste has been concerned in many countries. 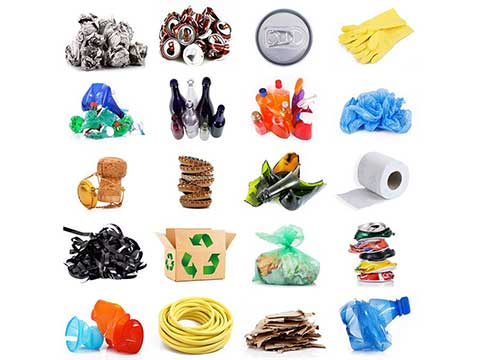 Pyrolysis refers to chemical process converting a substance (mainly refers to a polymer compound) into several other substances (mainly refers to low monocular weight compound) by thermal energy. The basic factors affecting pyrolysis are temperature, duration of reaction as well as raw materials.

Pyrolysis technology is used for petrochemical industry and coal chemical industry. In the process of petrochemical industry, temperature of pyrolysis is between 700℃ to 800℃, sometimes it can up to above 1000℃. Raw materials are naphtha, kerosene, diesel and heavy oil. In this process, long chain hydrocarbon has been broken into ethylene, propylene and other short-chain hydrocarbon, along with condensation, cyclization and dehydrogenation reactions. Generally, process changing heavy oil into diesel and gasoline is called as the cracking; and processing changing light oil into small molecule olefins and aromatic hydrocarbon is called as the pyrolysis.

Sludge can be converted into fuel oil, combustible gas and carbon black by pyrolysis technology, between 200℃ to 450℃, due to sludge is mainly composed of fat, protein, carbohydrates and fiber.

Pyrolysis technology refers to organic materials has fission reaction by absorbing heat, based on required temperature and humidity. Quantity of heat and time required are different according to various materials. In general, material with smaller molecular weight like paper can be firstly pyrolyzed; materials with relative large molecular weight like lignine and fatty can be pyrolyzed later. So it is very complex to dispose mixing materials, its reaction will last longer, and end products has a large variability.

Otherwise, there are other factors can affect the process of pyrolysis, such as particle state and humidity, due to they can decide mixability, stirring effect and heat absorption capacity.

Residence time of waste will directly decided degree of pyrolysis reaction and type of end products. There is no carbon black at very high reaction rate and temperature, so it is also called as the fast pyrolysis or flash pyrolysis. Generally speaking, the shorter the solid phase reaction residence time, the smaller the proportion of carbon black produced from pyrolysis, the total end production is greater and the reaction is more complete.

Temperature is an important factor in process of pyrolysis, it can directly influence distribution and component of end products. Different materials have different pyrolysis temperatures. After many specialists have researched pyrolysis from 300℃ to 800℃, they found that longer time in temperature can produce more carbon black, if pyrolysis stayed in high temperature for loner timer by heating furnace quickly, pyrolysis reactor would more complete, and it can produce more oil gas.

From research of MSW pyrolysis and characteristics, we can found that the key factors to achieve pyrolysis technology on disposal of waste are the control of time and temperature of pyrolysis, material in furnace, utilization and disposal of end products.

Principle of urban waste pyrolysis: reactor is the main place for pyrolyzing organic component of waste. Due to waste has dust, so pyrolysis gas produced will be sent to separator. pyrolysis gas after been separated will be cooled to by pure combustible gas in condenser. Residue will be used as fuel for heating reactor. Hot flue gas will be used as heating fuel after been separated. Solid waste will be sent into reactor for pyrolysis.

Pyrolysis technology imitates the forming process of oil, coal and natural gas, to build reverse reaction process. With appropriate temperature, time, activation and reduction environment, larger molecular can be converted into small molecule. With oxygen-free and reducing agent, biomass will be changed into “hydrocarbon” from “carbohydrate”. We will obtain “fuel oil, gas and carbon black” after end products have been collected as physical property.

Due to MSW is very complex, waste bricks and metals can’t be pyrolyzed, so it need be firstly sorted by a professional separation machine, if not, process of pyrolysis shall be effected in the following respects. Firstly, pyrolysis effect, because impurity like inorganic substance can consume heating energy. Secondly, mobility of raw materials, part of inorganic substance can reduce service life of pyrolysis reactor due to its chance of molten state. Thirdly, pyrolysis oil produced will have complex ingredient and high viscosity. Pyrolysis can also be affected by particle size and moisture content of waste, because stirring effect can influence heat absorption rate, and different size and moisture will have different stirring effect.

2. Applications and treatment of end product of MSW pyrolysis

Solid waste pyrolysis will produce residue, waste water, combustible gas, pyrolysis oil, as well as carbon black. Residue and waste water produced in pyrolysis shall be processed by professional purification system. Pyrolysis oil can be processed into diesel oil and gasoline by distillation unit. Carbon black also can be milled into superfine carbon black by professional milling plant. End products have the very good market prospect. And there is free of pollution during the whole process.

1. Anisotropy heating in pyrolysis furnace
2. Water in waste will be used after it has been disinfected and distilled.
3. Oxygen insulation can solve the security of pyrolysis plant.
4. Environmental pollution. Anaerobic pyrolysis technology is free of pollution, no chimney. The whole process is in a sealed space, without any odor.

Pollutant Controls in the Process of Pyrolysis

Exhaust gas from pyrolysis will be collected into storage, and then it will be sent into special burner after has been pressurized, with the purpose of remove the CO and other combustible gas. Heat produced will be used as fuel for drying garbage; waste gas will be discharged only when it can meet European standard, after it has been processed by purification system of flue gas and desulfurization and denitrification removal system. The total amount of flue gas from pyrolysis is less than 1/10 of incineration power generation. Total amount of pollutant discharge will be reduced significantly.

Pyrolysis technology for urban waste has advantages of easing the demand for energy resources, solving land occupation of waste, reducing pollution of land and water resources. It can create a considerable economic benefit while protecting our environment.

Kingtiger BST-50 biomass charcoal making machine was shipped to Spain, and will be installed on time …
Read More
Contact Us Now!